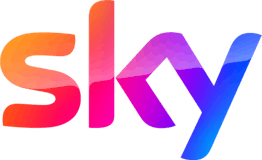 With Sky Ultimate, enjoy endless entertainment with Netflix and Sky TV all in one place. Get access to the latest Sky Originals and Box Sets, must-watch dramas, laugh-out-loud comedies and world-class documentaries, all on Sky’s next generation TV box, Sky Q.

All of the top entertainment channels plus Netflix, including all of the BBC, RTÉ, Channel 4, and Virgin Media One, Two and Three channels, as well as Sky Atlantic, Sky Arts, the Discovery channels, Eurosport 1 & 2, and more.

Over 400 Box Sets available on demand - from the latest shows to the classics, as well as Sky exclusives that you can’t find anywhere else, and new shows and seasons added weekly.

The Sky Q 1TB UHD box comes with all TV plans, and it allows you to:

With the Sky Q remote, voice discovery makes your next show choice even easier. You can now search for a specific show, sports event, actor or movie, even by saying a famous line from the film. Use your voice to open apps, change channels and pause, skip, or play recordings. Plus, never lose your remote. Press the Q on your Sky Q box and it’ll start beeping.

Includes 11 Sky Cinema channels. The home of Sky Original films plus an unrivalled range of the best movies.

Paramount+ is a brand-new streaming service from Paramount, available to Sky TV customers with Sky Cinema at no extra cost. Showcasing everything from blockbuster movies to new originals and iconic shows, Sky Cinema customers can access the Paramount+ app via Sky Q.

Speed*: Download (up to): 100Mb. Upload (average): 10Mb. Sky have not provided an average speed for this service, the speeds listed are the maximum for a Part Fibre connection.

Sky’s unlimited broadband is perfect for busy homes. You can share, stream and download your favourite shows, movies or music all at the same time, and never have to worry about download limits.

Get the Sky Q Hub as standard when you sign up. With Sky’s best ever wireless router, you can connect multiple devices in the home and enjoy the best Wi-Fi speeds and coverage.

With Sky Talk Freetime, you get unlimited off-peak calls to Irish landlines. When you sign up to a Sky phone plan, you can keep your existing telephone line and number in place - meaning everyone will be able to reach you on the same number as always.

You can also call Sky Customer Services at no extra cost, and there are a great range of optional free features, including voicemail and caller display.