Three's SIM-only deal of the month

Nowadays, more and more of us are looking for a deal with no restrictions, so we can talk, text and use our data as much as we want.

If that sounds like you, then Three’s Bill Pay Unlimited SIMO plan should work for you.

You’ll get unlimited minutes and texts* and All You Can Eat data for just €29.51 a month. Plus, you’ll get 60 international minutes/texts. Which means you never have to worry about talking or texting too much - and you can stream music and video to your heart’s content.

This is a 30-day SIM-only bill pay contract, so you’re not tied down to a lengthy deal, either.

* Direct debit required. Minutes/Texts is a single allowance can be used for calls or texts, where one unit from the allowance is decremented for one call minute or one text. Unlimited allowance subject to fair usage policy of 10,000. 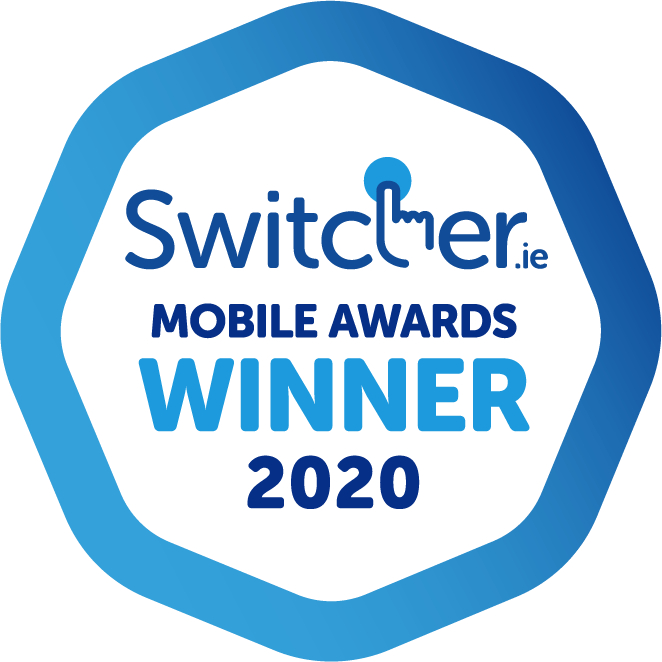 The Mobile Award winners were determined using a mix of in-depth consumer surveys, an expert judging panel, and customer ratings.

Three launched in Ireland in 2005, and is one of Ireland’s leading mobile networks.

Can I keep my mobile number?

Yes, this is called ‘porting’ your number and is a huge benefit.

Keeping your number means you won’t have to tell all your friends and family your new number or risk losing contact with anyone.

Your new provider will sort out moving your old number to your new network when you sign up.

Can I upgrade to a handset plan from a Three SIM-only plan?

With a 30-day SIM-only plan, you have the freedom to upgrade or change your plan at any time, without worrying about exit fees or charges.

You can check the available upgrades by logging into My Three.

How long will it take for my SIM to arrive from Three?

Once your order is confirmed, your SIM will be delivered by standard post within 1-3 working days.

What are the advantages of SIM-only deals?

SIM-only plans are cheaper than deals that include a phone. So, if you’ve paid off your phone and are still happy with your handset, you’ll make a saving by switching to a SIM-only deal.

If you’re out of contract, you can also move to a SIM-only deal with your current provider, rather than rolling on your contract. It’s worth noting that some networks will automatically move you to a plan-only price once your handset is paid off, so make sure you check with your provider.

SIM-only plans are also a good way to check how a new network performs without locking into a 2-year deal.

You could also decide to buy your phone outright, and then go for a SIM-only deal. It may work out cheaper than paying it back as part of your monthly mobile cost, but this will depend on your provider and the type of phone you plan to buy.

What do I need to switch to an Three SIM-only plan?

You can sign up to a Three SIM-only plan online - you’ll need your passport, drivers licence or EU National ID Card, as well as a €1 payment from your debit card.

Once you receive your SIM, you simply need to pop it into your phone. If you want to move your existing mobile number to Three, you just need to fill in the form on the Three website.

You may also need to contact your current mobile phone provider if you need to unlock your handset.

What is a SIM-only plan?

A SIM-only plan allows you to just pay for data, calls and texts. When you sign up you’ll get a SIM card with an allocation of data, texts and minutes, but the deal won’t include a phone.

SIM-only plans are generally cheaper and will save you money if you already have a phone you are happy with.