Should you get Disney+ in Ireland?

If you love a feel good Disney classic or a piece of Marvel action then Disney Plus could be for you. Here’s what you need to know about the next big streaming service. 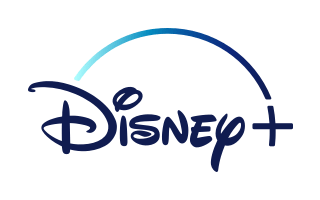 What is Disney Plus?

It’s an on demand streaming service that’s free of adverts and brought to us by The Walt Disney Company.

With its huge range of family entertainment, Disney+ rivals the likes of Netflix, Amazon Prime Video and Apple TV+.

How much does it cost?

You’ll save €17.98 by paying annually, which is the equivalent of getting two months free.

What’s included in the price?

You’ll get access to over 1,000 movies, series, and documentaries from: Disney, Pixar, Marvel, Star Wars, National Geographic and Star.

If the whole family want to watch content at the same time, you can stream any series or movie on up to four screens at once.

What movies and series are available?

Star is the latest channel to join Disney Plus, and it brings you TV series, movies and new originals.

Its content is geared towards adults, allowing you to binge on series like 24, Prison Break and The X Files, and movies like Die Hard and Grosse Pointe Blank.

Due to its more adult themed content, you’ll need to check you have the right parental controls set up for your kids, and ensure you can access the higher rated shows.

What do you need to get started?

Once you’ve subscribed, you’ll be able to watch content from most internet enabled devices that stream video, for example:

You’ll have access to over 200 avatars to choose from to personalise each family member’s profile.

How does it compare to other streaming services?

An Entertainment Membership with NOW is currently half price for the first three months at €7.50 per month, and the Kids Membership is €7 a month. There’s more flexibility, with a no contract, cancel anytime policy but their standard price is higher.

Amazon Prime Video costs £5.99 (around €6.99) a month and our dedicated Amazon guide outlines what it includes to help you compare the two services.

You can also check out our TV streaming guide which looks at the best streaming services available in Ireland.

Is Disney+ worth getting?

How good value Disney+ is, depends on how much of the content you and your family will watch.

Even if you’re not the biggest Disney fan, there’s loads of content to enjoy on the other channels, including Star, which brings a welcomed boost of content for the adult members of the family.

At just €89.90 for the year, it offers quite a low cost family entertainment option, and gives you access to exciting new content sooner.

So, if you’re looking for top quality entertainment for the whole family in one place, it’s certainly worth checking out the Disney+ streaming service.

Be aware that your Disney+ subscription will automatically renew at the end of the billing period if you don’t cancel.

Can I pay for Disney Plus monthly?

Can I watch Disney+ on my NOW TV smart stick?

Yes. You’ll need to buy Disney+ direct from Disney first. Then, you can download the app from the NOW TV device App Store and sign into your Disney+ account to start watching.

Disney+ isn’t included in any NOW TV Passes, you have to subscribe to Disney directly.

How do I cancel my Disney Plus subscription?

You can cancel any time before the end of the billing period and you’ll continue to receive the service until then too. You won’t get a refund for any unused days in a billing period.

If you don’t cancel before the end of the billing period, your subscription will automatically renew and payment will be taken from the card you have registered.

Here are full cancellation terms including how to cancel.

What will happen to my DisneyLife subscription when Disney Plus launches?

Disney Life is being rebranded as Disney+ so if you’re currently a Disney Life customer, you’ll get communication from Disney about how to move your subscription over.

When did Disney Plus launch in Ireland?

It was also rolled out in the UK, France, Germany, Italy, Spain, Austria and Switzerland on the same day.

Get super fast broadband from just €24 a month